This site is operated by RFID Solutions an authorized reseller of Impinj RFID Products. 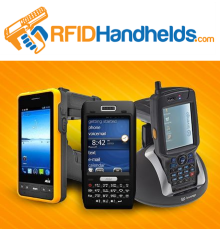